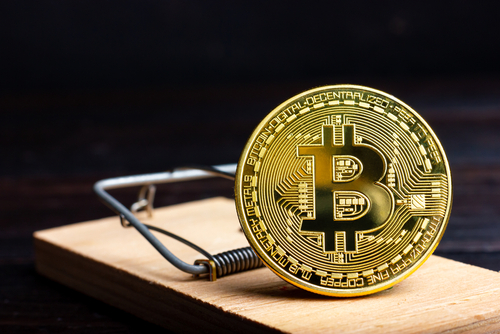 PlanB, the analyst behind the stock-to-flow (S2F) model that has projected Bitcoin price surging beyond $100,000 by the end of the year, has admitted his prediction of $98,000 at the end of November might be a “first miss,” since he started charting BTC’s monthly targets.

While he maintains that Bitcoin price will still hit its S2F milestones, he has come out to say this one (the $98k target) is “an outlier” that has not happened before in the past ten years.

Bitcoin rallied to a new all-time high of $69,044.77 on 10 November according to data from CoinGecko, an analytics platform that tracks and aggregates BTC price on all the major trading platforms.

Since then, the benchmark crypto’s price has spiraled lower and currently sits around 20% off that landmark level. As of writing, Bitcoin is at $54,488, nearly 5% in the past 24 hours and over 15% in the past two weeks.

With downside pressure across the markets and sentiment south only days to the end of November, PlanB has acknowledged the monthly close will not hit the targeted price.

“An outlier, a black swan”

PlanB says the fact that Bitcoin has failed to break higher is a surprise, but does he think Bitcoin can still hit $100,000 this year?

According to him, that’s still the prediction based on the stock-to-flow model.

He says the target set to be missed (November), was modeled on the prediction tool dubbed “floor model” and not S2F. Thus, Bitcoin will still hit the targeted $100,000.

“I see this miss as an outlier, a black swan that has not occurred in the data last 10 years,” he noted as some on crypto Twitter seized on his admission to criticize him.

Notably, PlanB was spot on with his Bitcoin prices for August and September at $47,000 and $43,000 respectively. The monthly close for October was however about 3% off, with Bitcoin priced around $63,000 at the time.

Some observers say the ‘second miss’ is an indicator that the analyst’s predictions are misleading. However, as with many other investors and traders, PlanB says people need to take responsibility for their investments.

Related Topics:
Up Next

Should you buy or sell Bitcoin after falling below $55,000?

Andrew is a freelance writer. His current focus is blockchain technology and cryptocurrency. One could even call him a blockchain "enthusiast." In addition to content writing.He aspires to travel the world and experience different cultures.

Cardano ADA/USD risks the July lows despite the Vasil upgrade

Balancer price analysis: What next for BAL?

CAKE in a price consolidation phase

PlanB admits Bitcoin price will not hit $98K this November